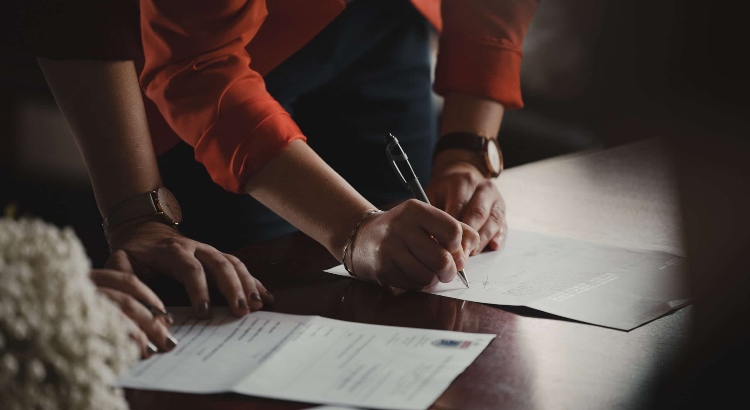 Essential Facts About a Sworn Translator and Translation this 2022

Were you ever required to submit legal documents to an employer or a foreign government body? If so, you understand the importance of hiring a sworn translator who can convert text to another language. Documents with legal relevance could be anything from marriage certificates and educational transcripts of records to corporate files and professional qualifications.

In this post, we’re going to discuss everything you need to know about a sworn translation.

What Is a Sworn Translation?

Because of international trade, tourism, and migration, the services of a sworn translator have become essential. However, do we understand what it is?

What Are the Requirements of a Sworn Translation?

However, there are common processes in validating a translation. Here are some of them:

A sworn translator must be the one to translate the document for it to be considered officially certified. In countries like France, Spain, and the Netherlands, the sworn translator takes an oath before a court. This way, their translations can be accepted as the faithful and true version of the original document. Moreover, their oath covers the guarantee that the translation meets all the legal requirements.

The Signature and Seal of the Sworn Translator

The Qualifications of the Sworn Translator

The translation company or sworn translator can also certify the document by stating their qualifications. Here are some details they can include:

What Are Sworn Translators?

Unlike regular translators, the expertise of sworn translators has been formally recognized by their government. As we’ve mentioned, this is done by taking an oath before a court of law.

Sworn translators are legally permitted to translate documents on behalf of the government. The accuracy and completeness of the translation are guaranteed with the translator’s seal.

However, just because someone is a sworn translator, it doesn’t mean that they are the best of the best. They are only set apart from regular translators, in the sense that they have a government qualification. Other translators can do an impeccable job without being sworn or certified.

What Types of Documents Would Need a Sworn Translation?

If you’re going to a different country for permanent migration, work, or education, you’ll likely fill out application forms. You’ll also need personal documents that will support your residence permit or visa applications. Now, these documents may vary depending on the permit or visa you’re applying for.

Some immigration documents you may submit include national identity cards, medical reports, and police record clearances. You may also be required to submit birth, death, marriage, and divorce certificates.

If you’re applying for work in another country, you may need a sworn translation for your employment records, professional/technical accreditations, qualifications, and references.

When you’re enrolling in an educational institution in another country, you may need a sworn translation for your personal documents. These documents can include your proof of language ability, previous educational qualifications, and proof of educational suitability for the course.

These documents can include court proceedings, sentences, and appeals.

Some examples of administrative documents that you may have to translate include medical documents and drivers’ licenses.

How to Become a Sworn Translator

Every country has its own process for certifying sworn translators. In general, the translator must swear an oath before a court. Now, there are countries that allow translators to take an oath before a lawyer. All they need to do is swear that the accomplished document is the true and faithful version of the original.

In most countries, the sworn translator is approved by the local regulatory authority. However, not all translators become one. After all, the role encompasses a range of specializations. Many of them do not venture into translating documents with legal value. For instance, some translators work on websites and other technical documents.

Do I Need a Sworn Translator?

Here are some of the reasons why you might need a sworn translator:

To Get Documents Officially Certified

Some regions only require a sworn translator to stamp and sign documents to consider them certified. However, in some countries, the translator must sign the paperwork before a notary or solicitor.

If you’re planning to conduct business in another country, you’ll need a legal translation of your documents. This business process could be anything from a land purchase to a visa application. In cases like these, you’ll need a sworn translator who can guarantee that your paperwork adheres to the requirements of the region.

To Ensure the Document’s Accuracy

A sworn translator is also necessary for guaranteeing the accuracy of certified documents. In certain situations, it can be disastrous to have inaccurate and inconsistent information in paperwork. For instance, in a medical report, using terms that do not accurately represent the original text can alter the meaning of the entire document.

In legal documents, inaccuracies and inconsistencies can result in penalties. Hiring a sworn translator will ensure that your translated documents are the true representation of the original text. After all, some regions require them to attach their guarantee.

People often mix up “official” translation terms like sworn, notarized, and certified translations. The situation can become complicated if you don’t understand the difference between these words. So, here are some things to remember:

In practice, certified translators and sworn translators are the same. These roles both require to swear an oath before a court of law. They have to legally declare that their translations are complete, reflective, and accurate.

Because of the oath they take in a court of law, they are subject to a criminal offense if they do not fulfill their obligations effectively. Sworn and certified translators know the importance of their work and wouldn’t want to suffer the penalties of perjury. Their translated documents usually have their seal at the bottom for validity.

So, any document translated by a certified or sworn translator has legal authority.

You may also encounter notarized translations which need further ratification by a public official or a notary. What makes these documents different from sworn translations is their legalization process. A notary legalizes the translation after-the-fact. On the other hand, certified translations are legalized before-the-fact.

In essence, the notary serves as an impartial witness with legal authority. They discourage fraud by ensuring that the translated document is accurate and true to the original text. A translation becomes notarized once the notary and translator present themselves. They have to sign an affidavit stating that the document is an accurate reflection of the original text.

What Is the Hague Convention and an Apostille?

Now, you may be required to submit a document with an Apostille. On October 5, 1961, the Hague Convention simplified the certification process of legal documents. They guaranteed that documents officially coming from the 51 members of the convention were authentic.

So, sworn translations accompanied by a seal of legislation or an Apostille are considered genuine. The document must have references specifying the original author and the qualifications of the translator.

What Is the Format of a Sworn Translation?

Before you get a document translated, you should check the format requirements in your target country. Keep in mind that not all regions require sworn translations. For instance, if you’re applying for some type of U.S. visa, you wouldn’t need a sworn translator. After all, this is not required in the U.S.

In this case, you may have your legal documents processed by a professional translator in the U.S. They would be responsible for certifying the translations. Now, if you’re submitting documents for the U.S. Citizenship and Immigration Service (USCIS), your translator would likely have the documents notarized.

The process is different if you’re submitting documents for a Schengen visa for the Netherlands or Italy. In this case, you’ll need to have the documents translated by a local sworn translator. They’ll ask you to scan the documents and send the digital files to them.

Once they’ve completed the translation, they will attach a certificate containing their seal and signature. Meanwhile, if you need to use the documents anywhere else in the European Union, you may also need an Apostille. There are no additional legislations because the translations have been processed by a sworn translator.

Which Countries Require a Sworn Translation?

Here are some of the countries that require a sworn translation:

In most cases, you can use any translation service if you’re submitting documents in the aforementioned countries.

When you need a sworn translation, you must seek the services of a professional translator with the right certification. Because the job requires careful attention to detail and specific legal qualifications, you cannot trust some random person to do it for you.

So, when you need a qualified legal translation professional, turn to GoTranscript. Our translation services are 100% done by humans, and we have thousands of satisfied clients from around the world. If you have questions about sworn translations, don’t hesitate to contact our team.