how it works
Get Started Now

PROFESSIONAL CAPTIONING SERVICES FOR YOUR INDUSTRY

GUARANTEED SECURITY
We protect your privacy with 2048-bit SSL encryption and an NDA.
10,000 CLIENTS
One of the fastest-growing transcription services online, GoTranscript has over 10,000 active clients.
17
OVER 17 YEARS IN THE BUSINESS
Our professionals have transcribed hundreds of thousands of audio/video hours since 2005.
HUMAN WORK ONLY
We rely on people, not machines, to provide the best transcription services with maximum accuracy.
20,000 STAFF MEMBERS
The GoTranscript team includes nearly 20,000 professionally trained and certified transcriptionists, proofreaders, and customer support specialists.

Meet our dedicated project management team
The tireless, exacting work of our project managers enables us to maintain a client satisfaction rate of 98% year after year. They ensure that your project deliverables meet your quality requirements and deadlines.

Sandra Jenkins
My team and I ensure that all projects run smoothly 24/7.

Martin Donile
I am in charge of complex projects.

Isabella Rossi
My job is to recruit and test the best transcribers on the market.

Our expert linguists accurately capture the cultural nuances of your video content in professional subtitling. Additionally, linguists have advanced knowledge in a wide range of topics.
Technical/
Engineering
Medical
Travel/
Tourism
Automotive/
Aerospace
Business/
Forex/Finance
CV
Mobile
applications
Patent
marketing/
Customer
Scientific/
Academic
Legal/
Certificate
Adwords/
Banners
Gaming/
Video games
Software/
It
Our highest priority is to ensure that your message comes across clearly in any market and culture. With our subtitle translation services, you never get word-for-word or literal translations. Instead, your video translation and subtitling reads as if it was written in the target language, in the context of the actual video.

Depending on the target language, a translation may require more characters than the English source contains. Our subtitling translation process accounts for this effect, known as "word swell," to preserve the synchronization of your video subtitles. 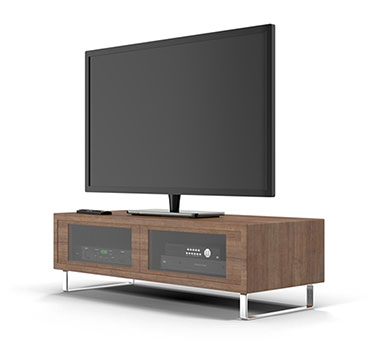 If you're interested in video subtitling services but not sure how they work, you can find out all about the subtitling process here. 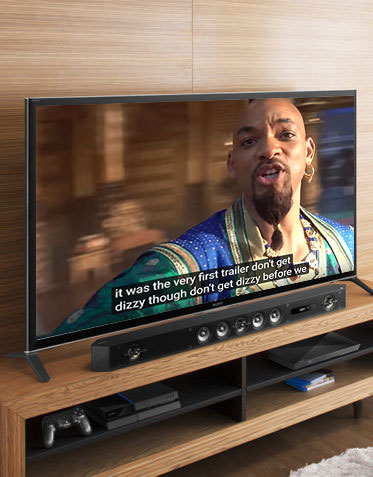 Subtitles translate the original language of a video into a foreign language to reach a whole new audience. This translated text displays on screen so viewers can read along with the video.

In essence, subtitles aid viewers who can hear the audio but can't understand the language. Like captions, subtitles appear as printed words over the images, usually at the bottom of the screen. 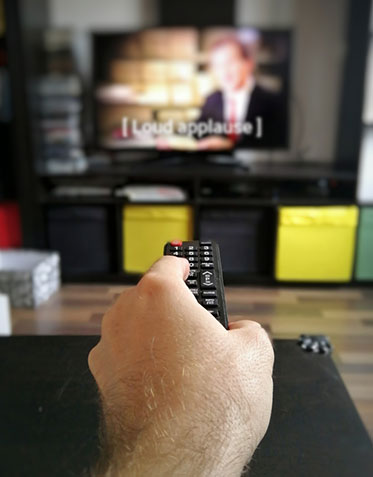 What's the difference between subtitles and captions?

Captions are meant for hearing-impaired individuals who can view video images but can't hear the soundtrack. Captions use words to communicate:

On the other hand, subtitles are intended for viewers who can hear the language but can't understand it. So, atmospherics aren't part of subtitling services unless, for some reason, they don't translate into a different culture or language.

Captioning is similar to transcription. The captions are merely a written version of what's being said (or sung) in a viewer's own language. Subtitles are trickier to produce than captions because subtitles must translate the nuances of a spoken and written language into the viewer's language. 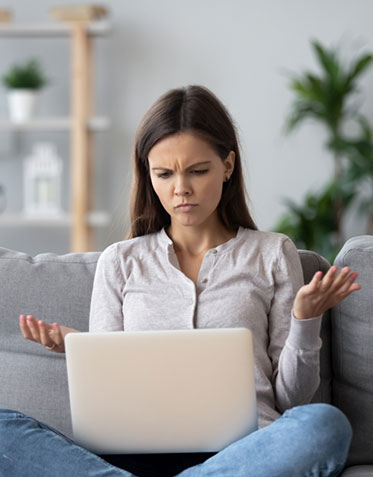 Much speech, including that in movies and YouTube videos, contain idioms. Idioms are expressions that don't lend themselves to literal translations. Examples of English idioms are "sleep on it" and "you rock."

Imagine that a character in your English-language film says to somebody, "You don't have to buy the dress today. Go home and sleep on it." A caption would read exactly as you read those two sentences.

But if these two sentences were to be translated word-for-word into another language, then confusion would understandably follow. A viewer might think, How can I sleep on a dress I haven't bought yet? Why would I want to do so?

Other features of language that are difficult to translate include jokes and anything with a rhyme scheme. 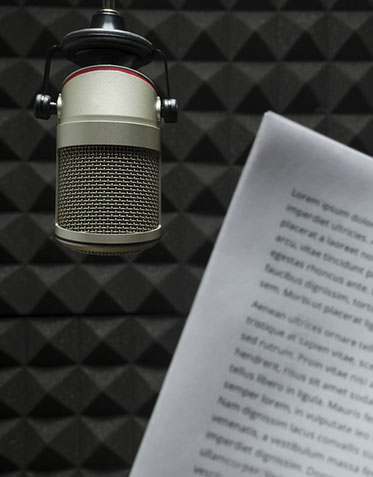 Opinions differ on whether a foreign-language film is best interpreted via subtitles or dubbing.

Dubbing allows viewers to focus on the imagery in a film. Some films are highly visual, featuring beautiful scenery, breathtaking action, or emotional scenes.

When viewers who are slow readers must read subtitles during a movie, it can interrupt their enjoyment and understanding of the story.

However, dubbing is a costly and lengthy process. First, the entire script needs to be translated. But this isn't a simple, straight translation as with a document.
Each line of the film must generally fit the same time¬–space as the line in the original language. In other words, when an actor's mouth is moving, the spoken translation shouldn't be noticeably shorter or longer.
You probably recall watching some older or lower-quality films in which the dubbing didn't match the actor's mouth at all. Maybe the actor stopped talking while the line trailed on. Or the actor kept talking after the sound had stopped.
So, the translator must not only be skilled in translating idioms and jokes, but also in making the translation fit a certain time window. In some cases, this job is too big for the translator, and a dialogue writer must be brought in to make the translation work better.
Next, the script must be revoiced by actors who speak the target language. But it's not as if any actors will do. These actors must be carefully selected so that their voice matches the appearance of the actor in the film. You wouldn't want a 30-year-old man to read the part of a grandfather or a school-age child.
It's also critical that the voice actors don't overact their part. It's tempting for less skilled actors to get a little heavy-handed with line delivery, thinking it equates to doing a good job of being dramatic.
After all of this, the revoiced script must be mixed with the original soundtrack's atmospheric sounds and music.
You can see why dubbing costs a lot and takes so much time. And in the end, many movie-lovers disdain dubbing, saying that it removes the original intention and artistic vision of the film.
That's why subtitling a film is almost always your best option. Subtitles can be produced far more quickly than dubbing can.
Subtitle services do not require additional writers, carefully chosen and paid actors, or carefully timed translations. While the translation of a script into subtitles may be a little tricky at times, a professional translator can handle most subtitling situations capably. 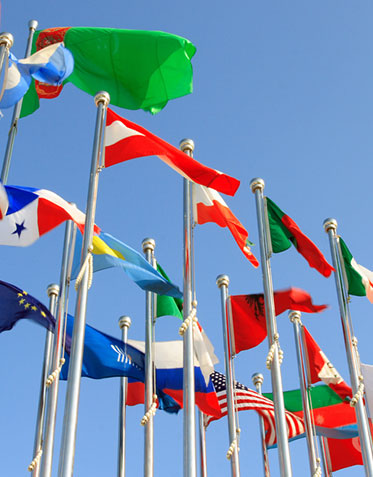 What languages can you create subtitles in? 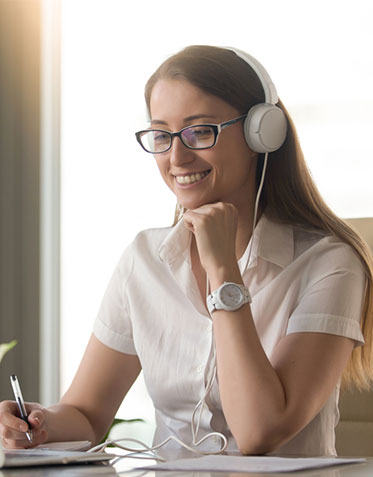 Why GoTranscript outdoes other subtitling companies

You have many choices for video subtitles, but our subtitling service guarantees top quality. Our subtitling specialists are experienced, vetted, and trained, so you can expect consistent results every time. Try us today!

FREQUENTLY ASKED QUESTIONS
What are Subtitles?
Subtitles translate the original language of a video into a foreign language. This translated text displays on screen so the viewer can read along with the video.
Subtitles aid viewers who can hear the audio but can't understand the language.
What is the difference between Subtitles and Captions?
Captions are meant for hearing-impaired individuals who can view video images but can't hear the soundtrack. Captions communicate the video's spoken content, song lyrics, and "atmospherics," or sound effects that are part of the story.
Subtitles are intended for viewers who can hear the audio but can't understand the language spoken. Subtitles are trickier because they translate the nuances of a spoken and written language into the viewer's language.
What languages can you create Subtitles in?
English videos (with or without English caption files) can be translated to Albanian, Arabic, Azerbaijani, Bengali, Bosnian, Bulgarian, Catalan, Chinese (simplified), Chinese (traditional), Croatian, Czech, Danish, Dutch, Estonian, Filipino, Finnish, French, French (Canadian), Georgian, German, Greek, Hebrew, Hungarian, Icelandic, Indian (Gujarati), Indian (Hindi), Indian (Tamil) , Indonesian, Italian, Japanese, Korean, Kurdish, Latvian, Lithuanian, Luxembourgish, Macedonian, Malay, Maltese, Nepali, Norwegian, Persian (Farsi), Polish, Portuguese, Portuguese (Brazil), Portuguese (Portugal), Romanian, Russian, Serbian, Slovak, Slovenian, Somali, Spanish, Swahili, Swedish, Thai, Turkish, Ukrainian, Urdu, Vietnamese.
How do you ensure quality?
We at GoTranscript completely understand the importance of accuracy in captions. That's why we always aim for 99% accuracy.
We start by hiring only the best. We then employ a system of reviews and checks to ensure quality and accuracy. Our staff have no less than 5 years of transcribing experience, so you can be sure your audio files are transcribed with great care and attention to detail.

Submit rating Check reviews
One of the bigger advantages of choosing GoTranscript is that it can cater for the more complex projects you may need to handle
By Jonas DeMuro and Brian Turner
Many podcasters use transcription services like GoTranscript to create written records of their broadcasts.
By Andrew Arnold
Fortunately, transcription services such as GoTranscript, can help you out. GoTranscript uses humans (freelancers) to transcribe your files, not an automatic speech...
By Signe Brewster
4.9
Site rating
Check reviews from our clients
(2535) (407) (41) (4) (2)
TODAY’S REVIEW
David
Verified order
I love it!
TODAY’S REVIEW
Steven Trawley
Verified order
Excellent - very happy
TODAY’S REVIEW
Hugo Puerto
Verified order
The turnaround time was excellent, and the accuracy was incredibly close. I did have to make minor changes, but overall, I am satisfied with the service. Thank you!
TODAY’S REVIEW
Michelle Yeung
Verified order
Good experience overall, inconsistencies understandable considering difficulty of recording.