100% Done by Humans
98.5% customer satisfaction, 35 million minutes captioned
From only
$1.11
per minute
Guaranteed
99%+
accuracy
Get file in
6 hr
for fast projects

how it works
Get Started Now 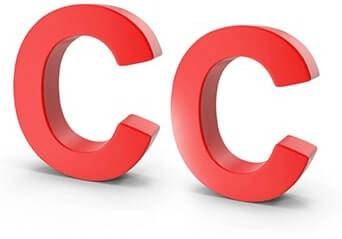 If you're considering using closed captioning services to enhance your video content, don't wait another minute.

Video captioning of TV programs is the law in many countries, such as the U.S. While those laws don't always extend to website content, video games, or DVDs, it makes sense to build your reputation as a provider of accessible content.

In 2015, there were 119 million people with hearing loss in Europe. Considering the total European population that year was 738 million, you're losing many clients by not using video captioning services. 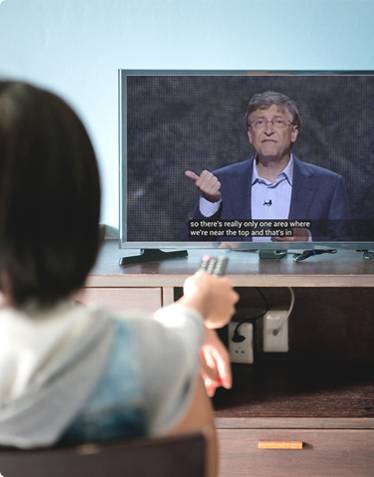 Why subtitles aren't enough for people with hearing impairments

Subtitles are great for viewers who speak a different language than the one spoken in your video.

With subtitles, your video content can reach a far greater number of people around the world. Subtitles are also useful for people who speak the same language with a different and very strong accent -for example, a British person watching an Australian film.

But subtitles don't provide hearing-impaired viewers with the full sound experience. Why? Because subtitles leave out ambient sounds that are critical to conveying a message.

An obvious example of a crucial ambient sound would be door squeaking in a horror movie. You know something scary is coming, but the person who can't hear doesn't have any idea what's going on.

When watching other types of videos, you probably don't think about the ambient sounds in them. But these sounds give important clues to stories.

Think about watching a newscast by a war correspondent. It doesn't have the same impact without the sound of bombs or gunfire in the background.

In the same vein, a movie showing an interior of an apartment may have a lot of traffic noises and shouting outside. These sounds indicate that the apartment is in a metropolitan area.

Captioning shows not only dialogue and narration to the viewer, but also song lyrics and these sounds that make every video more meaningful.

PROFESSIONAL CAPTIONING SERVICES FOR YOUR INDUSTRY

GoTranscript is a professional transcription company and captioning service, founded in 2005 in Edinburgh, Scotland. Our team consists of nearly 20,000 professional transcriptionists, proofreaders, and customer support specialists. All staff members are carefully trained and certified. We review the quality of our caption service and other services regularly to ensure best-in-class results.

GUARANTEED SECURITY
We protect your privacy with 2048-bit SSL encryption and an NDA.
10,000 CLIENTS
One of the fastest-growing captioning companies, GoTranscript has over 10,000 active clients.
17
OVER 17 YEARS IN THE BUSINESS
Our professionals have done thousands of hours of audio and video transcription since 2005.
HUMAN WORK ONLY
We rely on people, not machines, to make us one of the most accurate closed captioning companies.
20,000 STAFF MEMBERS
The GoTranscript team includes nearly 20,000 professionally trained and certified transcriptionists, proofreaders, and customer support specialists.

Meet our dedicated project management team
The tireless, exacting work of our project managers enables us to maintain a client satisfaction rate of 98% year after year. They ensure that your project deliverables meet your quality requirements and deadlines.

Sandra Jenkins
My team and I ensure that all projects run smoothly 24/7.

Martin Donile
I am in charge of complex projects.

Isabella Rossi
My job is to recruit and test the best transcribers on the market.
No Hidden Fees

At GoTranscript, we value transparency and close collaboration with our clients. Get an accurate transcription quote up front and check the status of your order anytime.

The table below provides our pricing:

RELAXED 5-Day Service
STANDARD 3-Day Service
MOST POPULAR!
URGENT 1-Day Service
URGENT+ 6-12 Hour Service
* We love our customers! Our Customer Loyalty Program is our way of thanking you for your business. Get the lowest prices around and enjoy special discounts, just by continuing to use our services.
Give us a try FREE* today!
*Any order up to $10.00
Upload your files now
★
★
★
★
★
4.9/5 2983 customer reviews
ENTERPRISE
Custom plans for high volume
Upfront and volume discounts
API Access
24/7 Development Support
Dedicated Account Managers
Claim special Enterprise offer
Learn More

OUR VIDEO CAPTIONING SERVICES ARE USED BY:

Two Teams Working for You!
Trusted by thousands since 2005
Friction-free ordering
24/7 customer support
Customer Loyalty Program
Account Executive
Captioner
UPLOAD VIDEO FILES
easily via Web or link
CHOOSE CAPTIONING OPTIONS
to initiate the transcription and captioning process
PAY ONLINE
with major credit card, debit card, or PayPal
CHECK YOUR EMAIL
for the completed files
Order captions now
★
★
★
★
★
4.9/5 2983 customer reviews
FREQUENTLY ASKED QUESTIONS
What are Captions?
Captioning is the process of converting the audio content of a broadcast, film, video, live event, or other production into text and displaying the text on a screen or monitor. Captioning enables those who are hearing-impaired to benefit fully from media materials.
What is the difference between Subtitles and Captions?
Captions are meant for hearing-impaired individuals who can view video images but can't hear the soundtrack. Captions communicate the video's spoken content, song lyrics, and "atmospherics," or sound effects that are part of the story.
Subtitles are intended for viewers who can hear the audio but can't understand the language spoken. Subtitles are trickier because they translate the nuances of a spoken and written language into the viewer's language.
How do you keep my information secure?
All of our translators/transcribers sign a Confidentiality Agreement. We respect our clients' privacy; therefore, we give clients the option to personally remove completed transcriptions from our database. The data is completely removed from the computers of our translators/transcribers as well.
How do you ensure quality?
We at GoTranscript completely understand the importance of accuracy in captions. That's why we always aim for 99% accuracy.
We start by hiring only the best. We then employ a system of reviews and checks to ensure quality and accuracy. Our staff have no less than 5 years of transcribing experience, so you can be sure your audio files are transcribed with great care and attention to detail.
What's the price per minute?
Unlike your typical captioning agency, GoTranscript provides clear, per-minute pricing with no add-on charges or minimums. Captioning rates start at $1.11 per minute.
What are open captions?
Open captions always are in view and cannot be turned off, whereas closed captions can be turned on and off by the viewer.
What languages can you create Closed Captions in?
English, French, Spanish, Italian, Lithuanian, Filipino, Russian, Polish, Shona, Portuguese, Dutch, German, Turkish, Macedonian, Serbian, Croatian, Bosnian, Arabic, Chinese, Japanese, Greek, Hebrew, Indonesian, Finnish, Hungarian, Swedish, Korean, Estonian, Indian, Romanian, Urdu, Norwegian, Malay, Luxembourgish, Danish, Icelandic, Nepali, Georgian, Ukrainian, Latvian, Bengali, Bulgarian, Albanian, Czech, Vietnamese, Catalan, Somali, Thai, Swahili, Slovak, Slovenian, Persian (Farsi), Maltese, Azerbaijani, Kurdish, Uzbek, Kyrgyz, Tajik, Persian (Dari).

Submit rating Check reviews
One of the bigger advantages of choosing GoTranscript is that it can cater for the more complex projects you may need to handle
By Jonas DeMuro and Brian Turner
Many podcasters use transcription services like GoTranscript to create written records of their broadcasts.
By Andrew Arnold
Fortunately, transcription services such as GoTranscript, can help you out. GoTranscript uses humans (freelancers) to transcribe your files, not an automatic speech...
By Signe Brewster
4.9
Site rating
Check reviews from our clients
(2530) (406) (41) (4) (2)
TODAY’S REVIEW
Mina
Verified order
I appreciate this service and fast turn around. It was a little complicated to explain but your customer service rep made it easy. I also asked for a Mexican Spanish translator and that was accommodated. Great would be if your app allows customers to upload files directly, and then see how much it costs beforehand. Great service & thanks.
TODAY’S REVIEW
Harrison
Verified order
Was blown away by your ability to translate some of the Hebrew. Thank you!
TODAY’S REVIEW
Paris Mortazavi
Verified order
I had a very excellent experience
TODAY’S REVIEW
Edmond Cheng
Verified order
The process was much easier and faster than I thought it would be. I am very happy with the service and would definitely recommend it to anyone that's looking for a transcription service.