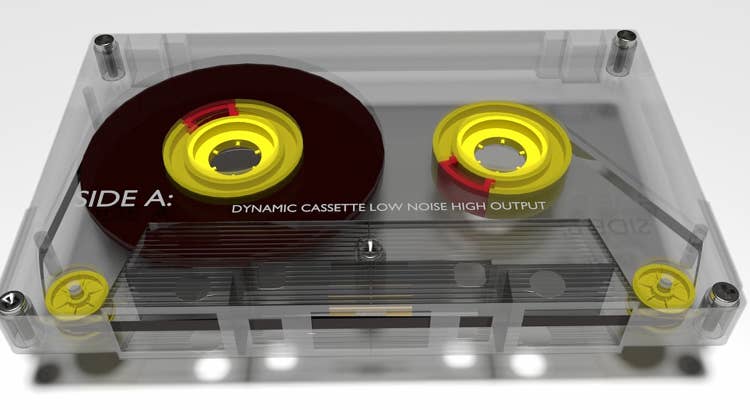 History of cassette tapes: from Nostalgia to Art

Today’s post has a bit of nostalgic flavor as we are heading on a journey to our recent past. Do you remember how we used to listen to music before everything became digital, how we were anxiously recording our favorite tunes onto cassette tapes? Yeah, the golden age of the magnetic tape, which lasted for four whole decades, is long over.

Would it surprise you that in 2011 the Oxford English Dictionary even removed the word “cassette player” from its 12th edition? So, does that mean our piles of tapes are nothing but rubbish today? Well, contemporary artists are positive: not at all.

What Is an Audiotape?

The audiotape, compact cassette, or cassette tape is an analog magnetic tape that stores audio recordings. It was developed by Lou Ottens and his team from Phillips. The cassette tape came in two flavors - pre-recorded (already containing content) or blank. Although it was originally designed for dictation machines, the format became a very popular solution for audio reproduction, home recording, and even data storage for early computers.

History of the Cassette Tape

The Philips Company came out with the compact cassette way back in 1962, introducing the existing audio industry to a new type of tech. Cassettes were more compact than other available options and used magnetic tape for audio recording. Unfortunately, the original audio quality wasn’t that great.

The compact cassette or MC, also called cassette tape, audiocassette, or simply tape, was originally designed for dictation machines. It consists of two miniature spools, between which a magnetically coated plastic tape is passed and wound. These spools are held inside a protective plastic shell. Two stereo pairs of tracks or two monaural analog audio tracks are available on the tape; one stereo pair or one monophonic track is played or recorded when the tape is moving in one direction and the second pair when moving in the other direction.

This reversal is achieved either by manually flipping the cassette or by having the machine change the direction of tape movement and head, respectively (“auto-reverse”).

The Role of Cassettes in Transcription

Devices called cassette transcribers were especially popular in the late 20th century. These electronic devices were designed for people who transcribed audio recordings into text. Cassette recorders became affordable, so they were often a must-have piece of equipment for doctors, lawyers, lab workers, and other professionals. Different cassette transcribers had different features. Some of them had a foot pedal for audio control, tape counters for easier navigation, etc.

Although we all know about cassettes, many people don't know much about the medium and its history. Here are some fun facts about audio cassettes to impress your friends:

Most importantly, audio cassettes are currently going through a revival. More and more artists are releasing content on audio cassettes along with CDs and digital formats. Whether you’re looking for a brand new release or a timeless classic, you can find cassettes online and in retail stores like Urban Outfitters.

Many of us had, and some of us still keep, huge collections of audiocassettes. Today they awaken nostalgic memories.

Everybody who has ever played an audiocassette knows the feeling when the tape, for whatever reason, comes out of its shell. It is frustrating to spin an old favorite cassette manually until you fix it. Plus, what are the odds of completing this exercise without damaging the record? Imagine how many tapes must have been made useless if innovative artists began using them for making art?

Audiotape art is a kind of art in which the image is drawn using something as mundane as magnetic tapes. You need to just pull the tape out of the spools and – voilà! (Okay, you must have the talent, too.) 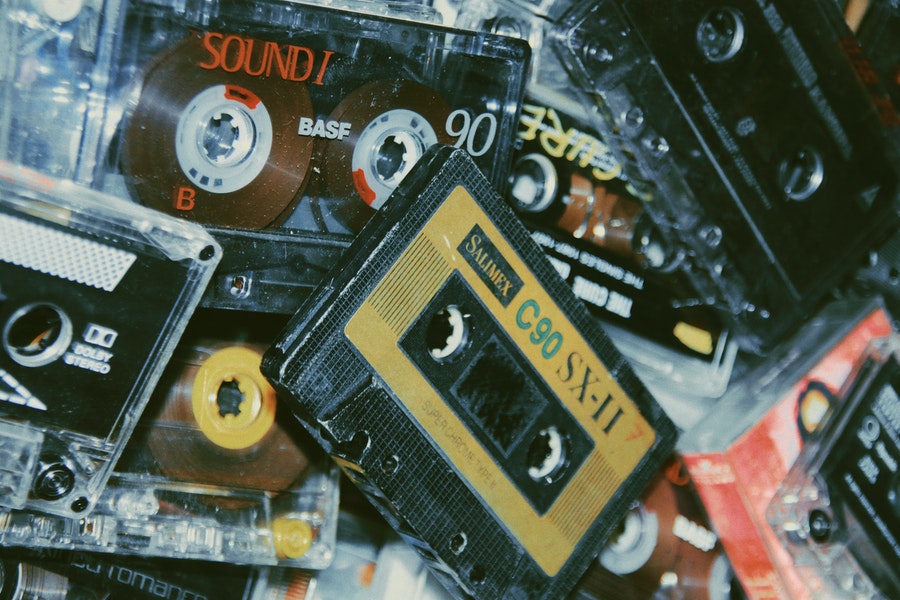 Erika Iris Simmons (a.k.a. iri5) is a self-taught artist who loves working with strange experimental materials such as old and useless tapes. She’s made incredible portraits of the most famous music celebs of all time – Bob Marley, Jimmy Hendrix, Madonna, and many others. In case “Just the Way You Are” by Bruno Mars is among your favorite tracks, let us tell you its director Ethan Lader has collaborated with Erika to make it so gorgeous.

And last but least, there are two things about this modern art that we find absolutely cool. First, it is 100% eco-friendly as the old tapes are materials that can hardly be reused for another purpose. In other words, it turns rubbish into pieces of art. Second, a lot of those musicians’ portraits were made from, actually, their own music. Can you believe someone’s face and body were shaped from their entire life work?

What Does the Future Hold?

In the last 150 years or so, the sound recording has come a long way and undergone some drastic changes. Today, we have vast music libraries available at the click of a button, so we can enjoy any song we want at any time. Cassette tapes marked a whole era and deserved their honorary place in history, but it seems we haven’t seen the last of them just yet. 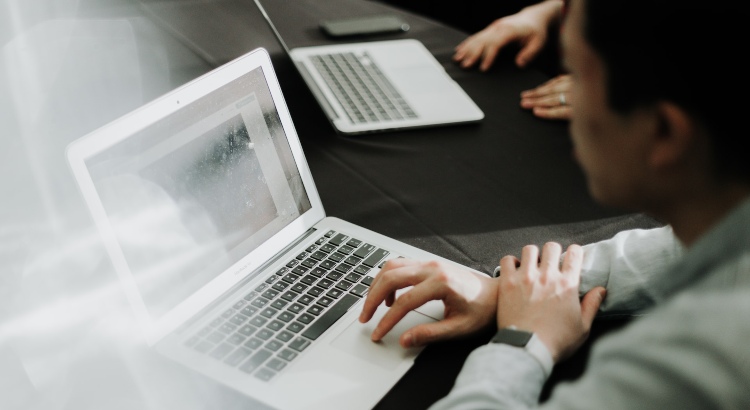 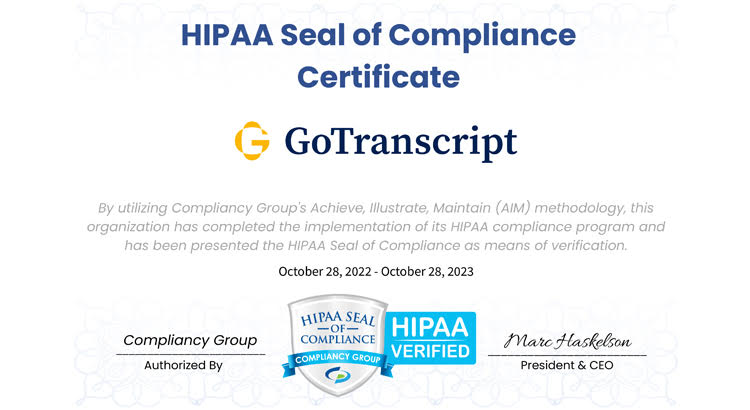 Translation
Translation vs. Interpretation: Which Is the Best Service th...
Get Started Now

“ Many podcasters use transcription services like GoTranscript to create written records of their broadcasts. ”
By Andrew Arnold
Check reviews from our clients
4.9
Site rating
Filter by:
2750 454 42 4 2
4.9
Site rating
1/613
Verified Order
“ Great service. It's too expensive for me since I have bilingual code-switched recordings... ”
Nikolay Slavkov
Verified Order
“ This was the first time I used captions for a video. The staff was very helpful in answering all my questions and leading me in the right direction. The quality of the captioned video was excellent and very reasonably priced! ”
Lenny Potwora
Verified Order
“ I did a direct comparison if two transcriptions sent the same day vs. Rev (the Wirecutter recommended competitor transcription service). I was incredibly pleased with GoTranscript. It took about 18-24 hours longer, but the quality, accuracy, and clarity of format was vastly better. GoTranscript was also less expensive and worth the wait! ”
Bridgette Davis
Verified Order
“ I found this service online and am 100% satisfied with their customer service, professional delivery of my transcript and the speed of delivery. WOW! I will definitely use GoTranscript for all of my transcriptions and recommend them to my clients. Thank you for making everything so easy, including setting up an account, uploading my recording, payment and quick delivery access. A professional company that delivers hospitality & excellent customer service. ”
Elaine