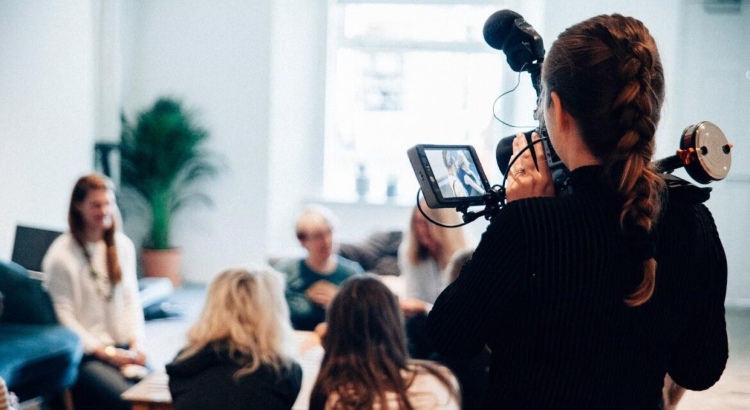 How to Make a Video Release Form Quick and Easy

Video release forms are signed documents giving the individual’s informed consent for an activity, medical trials, and other purposes. Both a video consent and release form is prevalent in the entertainment industry, media, and student filmmakers. You have to get the document signed before you can start shooting your project.

The form is also a requirement for documentary filmmaking, market research, and journalism interviews. You can get sued or have your project pulled out if you failed to obtain or get the necessary signatures for the forms.

This is applicable when you are filming or documenting non-actors or people you did not pay or had a contract signed with to begin a project. So to protect yourself from future complications, you have to receive the appropriate permissions from all the people involved in the production, be it off-cam and on-cam.

The Basics About Video Consent and Release Form

While there are many templates you can find online, no matter what kind of form you need, including consent and video release form, you must always edit the documents in a way that they will fit into your project.

You have to edit the forms according to categories or who will sign them. They include your actors, models, interviewees, and many more. You also have to make forms asking for permission or grants to use audio, image, video, and similar files to be included in your production.

There is no strict rule on how to make a release or consent form. The content will vary depending on the purpose and who will sign the form.

Why Do You Need the Video Release Form?

You never know what will happen during the course of a production. There are days when you think you’ve done everything right only to be pressed with charges once the video or publication is out due to a misunderstanding or an interviewee changing their mind about the verbal consent they have given you before.

The forms serve as your protection. They will ensure your work will be done and can be released without fearing that it may get canceled or pulled out.

Some on-camera interviewees tend to change their minds after doing the interview. This happens a lot when the topic is about something important, such as the nation, influential people, and politics.

The form also makes your interviewees think before agreeing to go on cam. They will first weigh the pros and cons of the action and will only proceed once they are sure about it and have signed your form.

Here are the key points to remember in making a video consent and video release form:

You have to list out all the needed media assets for the production. You can include in the form specific words pertaining to obtaining consent to using quotes, audio, still images, and video for any materials you will create in the future.

You can get quotes from a conversation in an interview you recorded on cam or an audio transcript of an interview.

You have to include the expiration and time limit of the permissions you want to obtain in the form. Ensure that the video release form is valid for indefinite use for your current and future productions, and all these must be put into writing.

This way, you will find it easy to pull specific parts of the interviews you’ve done in the past for your future projects since you already have obtained permission from the people involved.

The video permission form must contain a clause about the non-commercial and commercial rights. Non-commercial pertains to the usage of the production for personal, artistic, or educational purposes.

On the other hand, commercial media is used to earn money or promote a product or service. You have to state in the form, for example, that even when you intended to shoot for a non-commercial production, it may change in the future, and the project may eventually be used for commercial purposes.

To be safe, you have to state in the form that the talent allows you to use the media for both non-commercial and commercial purposes.

You also have to include details about the payment in the form, which you should have discussed with the person prior to the interview or shoot.

Video consent and video release form is not one-size-fits-all. You have to craft each depending on the person who will sign the form and for what purpose. It may appear like an additional job, but these forms will likely save your career and work in the future.

If you are having a hard time doing the video release form and other forms and managing the other aspects of video production, you may want to pass the other tasks to the pros. You can, for example, ask for the services of GoTranscript to make the forms depending on your project and assign them to make the subtitles and captions of the final work as well.

You don’t have to shoulder all tasks involved in the production, especially when you have tons of work to finish, including audio and video files to transcribe. With the help of GoTranscript, you can have the transcription done according to schedule. This way, you can get the other forms needed to be signed, depending on the content of the videos, before finalizing everything and posting them for everyone to see.