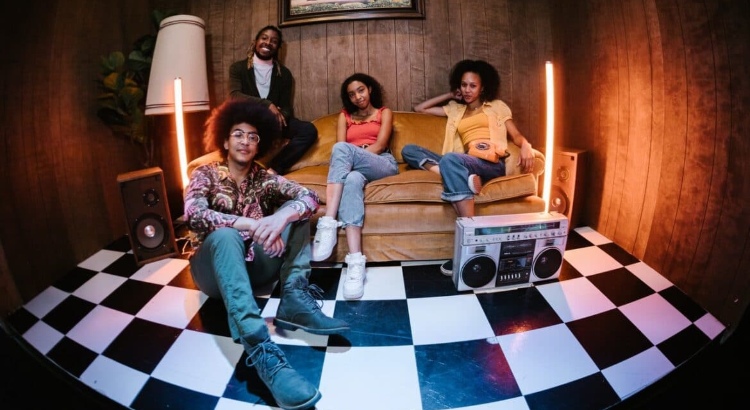 Video watching habits differ with each generation. While some spend hours watching videos on various social platforms, others only watch videos when they need to learn something. It’s because of this key difference, that video production teams and marketers should learn to adapt to their audiences. Doing so will help them achieve their goals and increase overall engagement.

In this article, we will learn the difference between Gen-Z and Millennials when it comes to consuming video content. But first, let’s analyze the sudden rise of video and social media consumption. Did it happen overnight? What factors affected it?

The Rise of Video and Social Media Content Consumption

A recent study has found that social media and video consumption has doubled for Millennials and GenZers during the pandemic. Experts say this number can even grow more in the future. In fact, even before the pandemic, there was already a rise in digital media use for both Gen Zers and millennials.

When the pandemic happened and many people were ordered to stay at home, the change significantly altered the use of video and mobile. Soon people spent their free time indoors glued to their phones and devices. Since there wasn’t a way to socialize in public places, people resorted to meeting others online.

The rise of mobile use has changed many things including how content is being produced. Video content, for example, has become popular in the world of business and marketing. Businesses have found how much time their consumers spend online—and they want to be seen where their consumers are hanging out in.

Due to businesses adapting to please their audience, it was found that online videos will soon make up most business content in order to reach audiences. A recent study also found that ads on social media and social media influencers were helpful in influencing buying decisions.

Video is also considered a richer form of content compared to photos or text. The popularity and powerful nature of videos have made it easier for companies to deliver their message to consumers.

In the next part, we’ll discuss the video watching habits of two of the most internet-savvy generations of our time: Gen Z and Millennials. Let’s start with Gen Zers.

GenZ is the generation of people aging between 7-22 who are probably the most active and most likely to watch videos on social media. Gen Zers are often called the “creative generation”. They’re also the first digital-native generation—these kids literally grew up with tablets and computers. An astounding 65 percent of Gen Zers reportedly use Tiktok, Instagram, and Youtube daily.

As of today, Gen Z makes up one-third of the world’s population. Although most of them are still young, the older ones are already on their way to transition into adulthood. Companies and brands should therefore start to strategize plans on how to reach these audiences.

Gen Z and Millennials have a lot of similarities. For example, both generations love technology and often can’t live without the internet. In terms of values, Gen Z is found to be more concerned about their privacy and have far shorter attention spans than Millennials.

When it comes to spending their free time, Gen Zers are more likely to use their free time watching videos on social media than Millennials. Almost all Gen Zers own a cell phone. According to one study, they spend most of their time watching videos on Youtube (37%) and Netflix (35%). The videos they watch are also mostly user-generated. They like to watch influencers that are considered more ‘relatable’ than celebrities.

Most Gen Z has an attention span of eight seconds—four less than millennials. They’re also less trusting of companies that are unrealistic. In terms of ads, they prefer real people discussing products to celebrities endorsing products. Shopping online is also different for Gen Z. They are twice as likely to purchase something on their smartphone. Like Millennials, they also value purchases that are worth every penny. They love coupon codes, free delivery, and rewards.

Millennials are a group of people that are between the ages of 23 to 36. They’re also currently the most studied generation, presumably because of how many Millennials are today. In fact, they outnumber baby boomers now.

According to studies, Millennials spend an average of an hour and 30 minutes a day watching streaming services such as Netflix, Hulu, Amazon Prime Video, and Disney Plus. They also love to spend time on social media platforms such as Tiktok, Facebook, Twitter, Youtube, and Instagram.

Instead of just sticking to one type of content, Millennials are known to consume different types including photos, newsletters, blogs, and news articles. One difference that studies see among Millennials is that they gravitate more towards Facebook with 87% of Millennials saying they use the platform daily—this is a lot less than the 32% only of the Gen Zers.

When it comes to brand trust, only 50% of Millennials say they trust brands and businesses. This is a bit higher than Gen Z which is at 42%.

Millennials also differ from Gen Z in terms of the content they watch. According to one study, the most popular video genre for both generations is comedy. In a survey done by YPulse, 58% of Gen Zers and 59% of Millennials watch comedy on a weekly basis on various streaming services.  Millennials are also found to be more inclined to choose video content centered on drama, food/cooking, and news.

Both Millennials and GenZers influence the world of business and marketing greatly. As generations that are influenced and accustomed to tech, it comes as no surprise how reliant they are on tech today.  Therefore, knowing generation-specific habits can help companies produce and create content that will be beneficial for their audience. Using video to market in 2022 is a great way to stand out from the rest. As these generations continuously use mobile, it’s clear how content should be done.