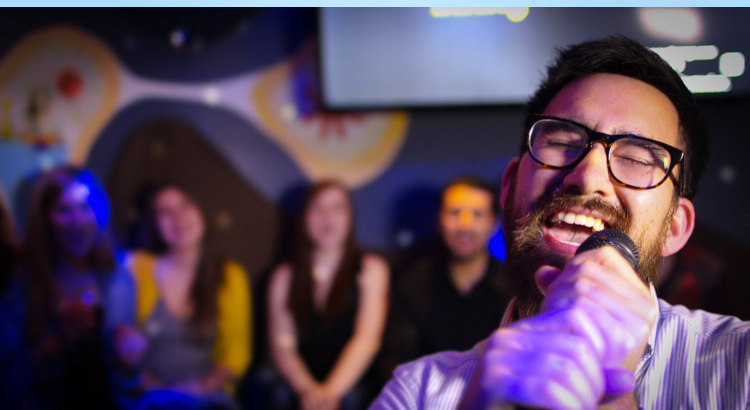 Let’s Do Some Karaoke Tonight!

Has it come your way that karaoke is, in its essence, a sort of audio transcription? The clipped compound of Japanese kara (“empty”) and ōkesutora (“orchestra”) is an entertaining way of singing transcribed lyrics on a video screen while the lead voice is muffled. Karaoke is very popular in Asia, America and Europe. Not to mention its frantic fans in the Kingdom of Far Far Away.

Did you know that karaoke ‘was invented’ in 1960’s in Japan? The story tells that once the band hired to perform in a Japanese bar failed to show up. The owner of the bar had no other choice but to play the music and ask his guests to sing. The evening went on fantastically and ended very successfully. From that day on the concept of making studio recordings minus the lead vocal became both convenient and advantageous. People were extremely amused and happy singing their favorite songs. And the holders of bars got even happier – instead of paying for professional singers, they started saving lots of money by simply letting people get fun while singing on their own!

Check out some more facts and little known trivia about karaoke: