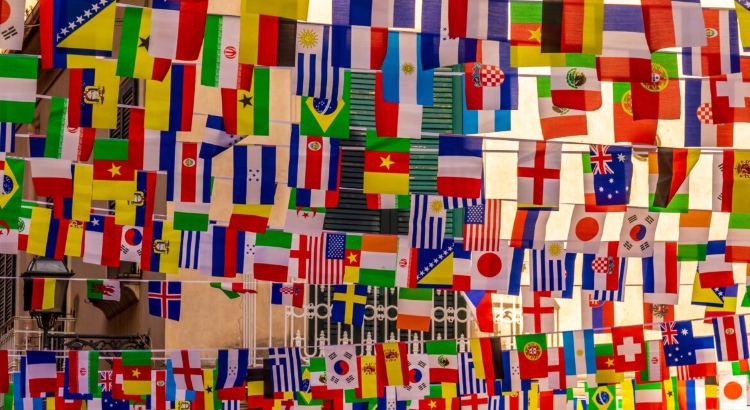 13 Interesting Social Customs Around the World

Throughout history, humans have formed various traditions and customs that built different cultures. If you’ve traveled outside your home country, you’ve probably experienced how practices can vary from nation to nation. After all, every culture has its unique code of etiquette.

Here are 13 surprising social customs around the world.

1. Malaysia: Using Their Thumb as a Pointing Finger

You’ll be surprised to discover that for some cultures, using your index finger to point can be considered rude behavior. For instance, in Malaysia and Indonesia, people think that the gesture is incredibly offensive.

So, when you visit those countries, make sure you avoid using your index finger for pointing. A more polite gesture would be using your thumb. By the way, if you go to an African country, it would be rude to point at people. That gesture is only acceptable for inanimate objects.

2. Greece: Spitting on the Bride

If you’ve seen the 2002 movie, My Big Fat Greek Wedding, you’re probably familiar with this practice. In Greek culture, spitting on people during their milestones. It’s one of the social customs around the world that is believed to off the devil.

These days, the tradition doesn’t involve spitting out a mass of phlegm and saliva from the throat. The practice has evolved into a symbolic gesture where people forcefully and repeatedly utter “ftou”.

However, weddings are not the only events where Greeks perform this custom. For instance, during baptisms, they wish for good health and beauty for the baby by spitting on them. Even during regular conversations, people spit as a superstitious act to ward off evil.

3. Philippines: Pointing with Their Lips

In some cultures, people find many practical uses for their lips. For example, in the Philippines, it’s common to use lips to point at people and things. Filipinos also use their index finger, but they find it more convenient to use their lips.

If you’re wondering how Filipinos do this, let us explain it to you. First, you have to pucker up as if you’re posing with a duck face for a picture. You then direct your lips to what you’re pointing at. Sometimes, Filipinos also simultaneously raise both eyebrows while puckering their lips to add effect to the gesture.

4. France: Having Complex Rules for Kissing

It’s only common for social customs around the world specific greeting practices. For instance, in Roman and American cultures, people greet loved ones and even acquaintances with a kiss on the cheek. However, in France, there are complex nuances involved in kissing as a form of salutation.

For instance, the practice varies for women and men. Also, depending on the region, the number of kisses required to complete the greeting will vary. Aside from those, it is customary for French people to greet everyone at a gathering or party. They have to do this whether they know the person or not. These are just some of the rules that cover kissing in France, but there are certainly more customs for it.

The Yoruba tribe, a Nigerian ethnic group, takes greeting customs seriously, especially when the elders are involved. It is a practice for younger tribe members to drop to their knees when an adult is approaching. The men prostrate themselves and the women kneel as a form of greeting.

The practice of kneeling when greeting is a symbol of respect for the older members of the community. It’s worth noting that other Nigerian ethnic groups do not share the same custom.

6. Russia: Having Sex on September 12

There are different approaches to reproduction and sex, depending on the culture. However, in Russia, it is institutionally accepted to conceive on September 12. The country continues to have declining birth rates. What’s more, because of the shorter lifespans of Russian men, there has been an unequal proportion of females and males.

So, the Russian government has declared September 12 a public holiday. Couples can have time off from work to have sex and conceive a child. It’s such a big event that parents with babies born nine months after that date receive rewards.

7. Denmark: Hanging out in Cemeteries

In many countries, cemeteries can be the spookiest places to visit. However, spookiness can also be part of social customs around the world. For instance, in Denmark, the majority of cemeteries there are designed like beautiful parks where people can gather. These places are so well-maintained that locals commonly flock them during the spring season.

If you’re around the country’s capital, Copenhagen, you’ll be hanging out with great people from history. The city cemeteries provide resting places for many famous Danes, including Hans Christian Andersen.

Gift exchange is always part of the social customs around the world. If you happen to celebrate Christmas in Iceland, make sure you prepare books to give as gifts. In other countries, people spend a great deal of money on gadgets or gift cards. There’s even a constant struggle if the recipient will like that watch you purchased. However, gift exchange is a whole lot easier in Iceland.

Icelanders have a Christmas tradition of gifting a book. Everyone unwraps their presents and they spend the evening reading what they received. The tradition, which is called Jolabokaflod, has been ongoing for almost a century.

Social customs around the world have different table etiquette rules. For example, in western countries, it is rude to consume food noisily. However, if you’re in Japan, it is widely encouraged to make slurping sounds while eating noodles. Many people consider it as a compliment to how the food tastes.

Perhaps, it also has to do with the way the noodles are consumed. In western countries, it’s common to use a fork to twirl the noodles before eating them. Meanwhile, in Japan, people do not wind the noodles around their chopsticks. Instead, they pick them up and slurp them.

Naturally, this way of eating is noisier. Even so, making slurping sounds while eating noodles is a gesture that says you’re enjoying your food. Some people believe that this practice makes the noodles even more flavorful.

If you’ve never been to the United States, one of the culture shocks you’ll experience is the intricate tipping custom. In other countries, people have the freedom to choose how much they’d tip. It’s even acceptable not to tip servers on some occasions.

However, in the U.S., it is mandatory to tip at most restaurants. Servers expect patrons to leave around 10-20% of their total bill. It’s worth noting that the legal wage for wait staff is quite low in this country. So, most of them rely on this gratuity to survive. It’s also worth noting that the tipping rules for delivery people, bartenders, and other service workers are different.

Many criticize the tipping culture in the U.S. However, it still offers motivations for wait staff to provide better service to patrons. After all, if they’re well-loved, they can receive bigger tips.

Tipping is one of the most varied social customs around the world. If you’re in South Korea, be careful not to bring your American idea of tipping. If you attempt to give food servers money, they may answer take the gesture negatively. Food service employees in South Korea are given reasonable wages. What’s more, they usually take pride in their work. So, giving them tips can be insulting to them.

In the middle of the Swiss Alps, there are small honesty shops that share the idealism of Switzerland’s society. You can go to these stores to buy milk, cheese, honey, bread, and butter. Most of the day, one’s tending the shops and all you need to do is leave your payment. After all, these stores are owned by farmers who are also busy caring for their animals.

What’s admirable about this practice is the consumer’s trust. As a result, there’s honesty and incredible customer loyalty in the communities.

12. Germany: Waiting for the Streetlights Before Crossing the Street

Germany has been known for its efficiency. Every citizen respects the time of other people. Trains and buses usually run perfectly on time. However, one German custom that is admirable is how the pedestrians wait for streetlights before crossing the street.

It’s not uncommon for New Yorkers to jaywalk. Meanwhile, motorcycles in Vietnam never stop for pedestrians. In Mexico, people crossing the street can be as unpredictable as motorists at intersections. Meanwhile, in Germany drivers and pedestrians share a common respect for road safety.

In some Asian countries, much of the Middle East, and Sri Lanka, they prefer using the right hand for greeting. People even define the digestive process as an activity that starts with the right hand and ends with the left.

If you want to be globally competitive, you need to understand the different social customs around the world. These days, people are more connected and there’s always an opportunity to expand your reach.