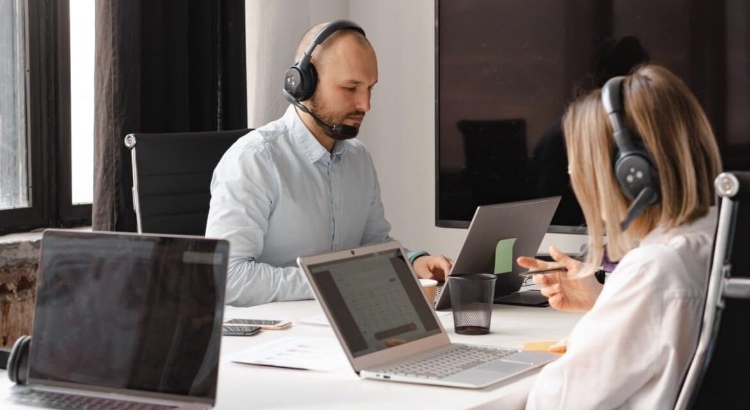 What are the Best Apps to Record Phone Calls in 2022?

Recording phone calls used to be a difficult and almost impossible task.

Back when there was no way to digitally record calls, telegraphs were recorded via morse code. The recording of the human voice wasn’t possible until 1877 when the phonographer recorder was invented.

Today, advancements in call recording software have made recording calls easy and fast. With just one click, you can now record every call that goes through your phone. You can also choose which numbers to exclude and include in your recording list.

In this article, we’ll review and find out the best phone recording apps available in app stores today. But first, let’s define and understand the technology behind app that records phone calls.

What is a Call Recording Software?

A call recording software is basically a program or tool that allows users to audiotape telephone calls for use in business, marketing, and training. It is often used by many companies to record conversations with customers and stakeholders. It can also be used by businesses to train employees and manage their workforce better.

Most call recording software work by recording calls as digital audio files via voice over internet protocol (VoIP) connection or public switched telephone network (PTSN). There are also two ways call recording software records calls. The first is through trunk side recording. The trunk side is connected to audio lines before they connect to the phone system. The software then records everything on the external lines. The second way of recording is called extension side recording. In this method, the software records after the PBX. This allows it to record everything on both inbound and outbound calls.

Why Should You Record Calls?

Before we find out the best apps to record phone calls, let’s first explore why people record calls, who often records, and what are the advantages of doing it.

Rev Call Recorder is a free call recording app available for iPhones. It has unlimited recording limits, high-quality playback, and share options. If you wish to transcribe your recordings, they have several transcription services you can avail of for the lowest of prices. As of 2022, you can only register if you’re in the U.S or have a country code of (+1).

Call Recording by NoNotes is an app that records phone calls and saves them on the cloud. The app is free to use and there’s also an option to transcribe the call recording using the NoNotes application.

Founded in 2007, the app is currently one of the world’s leading call recording services.  Aside from free call recording of up to 20 minutes per month, the app also allows users to save calls on the cloud, and share them through email or messenger.

TapeACall is one of the best apps that record phone calls on the market today. It can record incoming, outgoing, and calls you’re already on. TapeACall Pro has no recording limits or storage fees plus it works for all countries and locations in the world.

For a free app, it does a great job capturing crystal-clear audio. Another great feature is that you can upload recordings via your favorite apps or share them on social media. You can even record zoom calls on mobile with TapeACall Pro. It’s also available for both iPhone and Android!

MSpy is currently one of the most installed call recording software. It’s basically marketed as a “spy app” which is often used for personal reasons. The app can record up to 5 minutes of call time, record and track data in your phone’s online account, and also access messengers remotely—without the original phone owner knowing.

The automatic call recorder app is a phone recording software designed for Android phones. It allows users to record incoming and outgoing calls. One of the best features of this app is that it allows you to set which calls you want to be recorded.

Google’s call recording feature in the phone app is one of the easiest apps to use if you want to record calls. The only downside to google’s phone recording software is that it’s not available in all regions. Some states and countries don’t allow call recording—so if this is the case, the feature will simply not show up in the app.

Cube Call Recorder is an advanced phone call recorder for android devices. It can record incoming and outgoing phone calls, as well as calls from various messenger apps such as Signal, Skype, Viber, Whatsapp, Facebook Messenger, and more.

Overall, it’s a very easy-to-use software with automatic recording options. If you wish to exclude calls by a certain contact, you can do so by creating a list. Cube Call Recorder also has a premium subscription option which grants users extra features such as cloud backup, pin lock, save to SD card, post-call actions, and shake-to-mark.

Call Recorder Lite (CRL) is a phone call recording app that lets iPhone users record their microphone and speaker output. It has a manual recording system where users can click to start or stop recording. Users can also choose when to save recordings.

Currently, the Lite version records your entire phone call but the listening is only capped to 1 minute. The full recording will be unlocked if you upgrade to their subscription plan. Their subscription is free to try for 3 days and is priced at $6.99 per month.

Blackbox is a call recorder software designed for reliable automatic call recording. It has tons of amazing features including a lock option to restrict unauthorized access, a backup feature to keep and store data on your drive, and an easy cleanup feature to remove old recordings regularly.

iRec is an automatic call recording application that allows users to record phone calls efficiently.  It has a manual on/off call recording feature, a search function, and an option for deleting records. Additional features include choosing preferred storage for recording files, selecting output format, audio encoders, and the automatic ‘turn on speaker option which is disabled by default.

If you’re looking for the best app that records phone calls, we highly recommend Rev Call Recorder and Call Recording by NoNotes. Not only do these apps record and save calls, but they also have useful transcribing service features. This is important for professional business calls where you need to keep and collect customer information for later use.