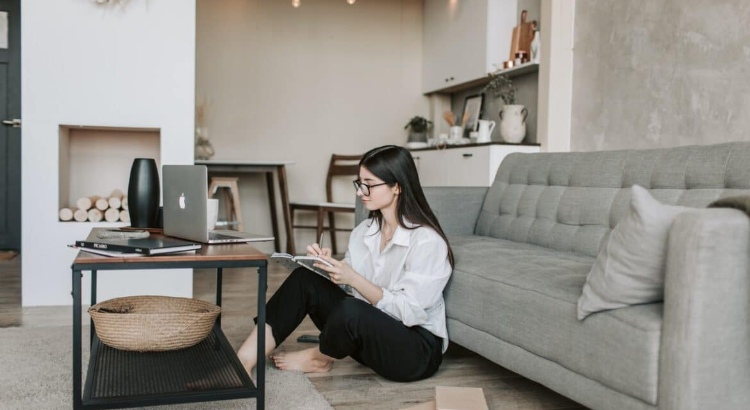 A Guide on Voice-to-Text Software

Voice-to-text software has come a long way since they were first released in the early 1990s. Before the advanced voice-to-text programs and personal assistants were introduced, the first voice-to-text applications were slow, clunky, and had too many errors.

Are you ready to learn more about voice-to-text software? In this post, we’ll explore how these kinds of software actually work, the importance behind them, and some helpful tips on how to use them correctly.

How Does It Actually Work?

Speech-to-text software works by analyzing the audio and delivering an editable, verbatim transcript on a certain device. It does this through a voice recognition program that draws linguistic algorithms and sorts signals from language to text using the Unicode characters. This program usually involves a machine learning model that learns new words as you keep using it.

Speech-to-text technology works by picking up vibrations from mouth sounds and translating them to digital language through an analog to digital converter. This converter uses the sounds from the audio file to measure the waves in detail and filter them to distinguish sounds.

Sounds are matched to phonemes. Phonemes are basic units of sound that distinguished one word from another in a certain language. In the English language, for example, there are around 40 phonemes. These phonemes then run through a mathematical model that compares them to sentences, words, and phrases.

Speech-to-text is needed in various industries and work-related activities. With the pace of great advances in technology, voice-to-text software can soon surpass human performance. However, currently, tech is not yet perfected to make it more reliable than humans.

For example, some devices can only transcribe audio files to text. They can’t transcribe voice in real-time. The ones they call personal AI assistants work through a dictation component.  They are made to assist you with personal tasks such as scheduling, playing music on your phone, finding places to eat or visit, etc. They aren’t designed to transcribe hours and hours of human voice recording or meetings.

Benefits of Voice to Text Software

With voice-to-text programs, you can simply say what you want, and commands will be executed. This is incredibly useful when you’re doing tasks where your hands are occupied such as driving, exercising, or cleaning. Examples of these are personal assistants such as Siri, Alexa, and Google Maps.

The use of speech-to-text software has allowed documentation to be completed in a short period of time. This saves employees a lot of time and effort used during documentation work.

People with visual impairments will find voice-to-text software dictation systems helpful in reading or digesting media. They will be able to access all forms of media with minor limitations. Voice to text software can also assist people who have difficulty typing or have a disability that makes typing impossible.

Help Those Who Aren’t Proficient at Typing

Voice recognition software can have amazing productivity benefits for people who might not be fast typist or an experienced computer user. Since most people talk much faster than they can type error-free, a hands-free program that allows them to type what they say will be a much better option.

There are different levels of speech recognition, with each serving its own purpose. While some are suitable for simple tasks, others are used for advanced and complex transitions. Let’s take a closer look at them: The first kind of speech recognition software works through a process called pattern matching. This kind of software often has a limited vocabulary.

The next kind of speech recognition software involves statistical analysis and modeling. This software can recognize dialects and accents. They can also understand homonyms (words that sound the same but differ in meaning). Although they can do it correctly, it’s not 100% error-free, and interpreting unique contexts is still difficult for machines.

Applications of Voice to Text Software

Speech-to-text software in the year 2022 has become a big part of many people’s daily routines. More and more people are finding it easier to use speech to command their phones. With advances in voice tech, they don’t have to say words twice or thrice for the machine to understand them.

The applications of voice-to-text are also not only on a personal level. In fact, it has a significant role in business and key industries of our time. Voice-to-text software is a crucial part of different applications and programs in various fields. Let’s look at how they are commonly used:

Advanced car systems often have a speech recognition tool. This is often turned on manually using a finger control on the steering wheel.

Speech recognition in health care is often used in the front end or back end of the medical documentation process.

Speech recognition in therapy is used for patients with short-term memory problems.

Speech recognition in fighter aircraft is often used by the US military. They are used to command autopilot systems, steer coordination, and release weapons remotely.

Voice-to-text software is also used in the law industry when people have to transcribe meetings into documents in real-time. Good software allows businesses to save time and record all information.

Human speech is one of the most complex subjects to learn and incorporate into machines. There are many speech variables to consider that’s why creating a technology to properly understand, analyze, and produce appropriate results has always been a huge challenge.

This is an area of artificial intelligence that focuses on the interaction between humans and machines through language (speech and text).

HMM is based on the Markov chain model which specifies that “the probability of a given state hinges on the current state, not its prior states”. It’s useful for text inputs, and hidden events such as part-of-speech tags.

These are the simplest type of language model which assigns probabilities to sentences. Grammar is also considered to improve the accuracy and recognition of words.

These are used to leverage deep learning algorithms, and neural networks process training data through copying the interconnectivity of the human brain by layers of nodes. Neural networks learn through supervised learning. Compared to other algorithms, neural networks are more accurate and can digest more data. However, they tend to be slower than other language models.

A process where algorithms identify and segment speech through the identity of the speaker. These algorithms distinguish individuals better in a conversation. It’s often used in call center programs to help differentiate sales agents and customers.

The Future of Voice-to-text Software

Amazing speech recognition software applications can now allow humans to interact with non-living objects powered by artificial intelligence (AI). What used to be simply science fiction, is now possible and is currently happening in our homes!

Interacting with machines wasn’t possible before given the limited capacity of computers. Today, processing power, storage space, and the rise of natural language processing have made computers so advanced—you can now teach them to talk and respond to you!

NLP technology is the reason behind the success of voice-to-text software. It’s also the software used by well-known smart assistants today such as Microsoft’s Cortana, Apple’s Siri, Google’s Assistant, and Amazon’s Alexa.

The only limitation when it comes to voice-to-text technology is that the output is always at a low readability level. Voice-to-text technology often includes different fillers and even repetitive words that a person says in a live speech. That’s why it’s not 100% suitable for edited transcriptions. A human transcriber is always needed to polish and delete unwanted words to increase the readability of the document.