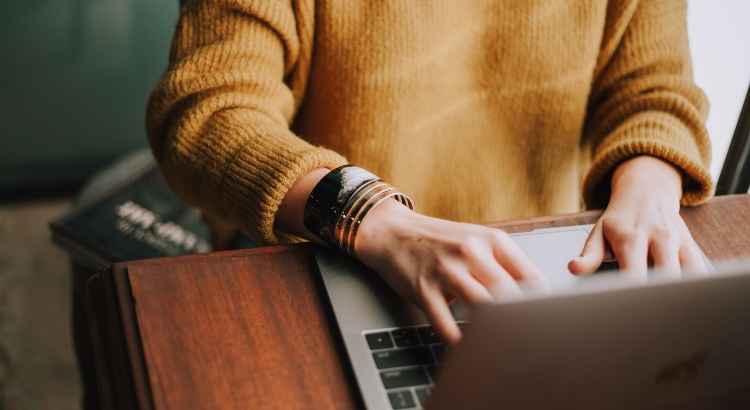 Transcriptionist vs. Captioner: What Are the Differences?

On the surface, you would expect the duties of a transcriptionist and a captioner to be very similar. After all, both jobs involve creating text from an audio or video clip. However, you might be surprised to learn that these jobs rely on slightly different skill sets and produce dramatically varied completed work products.

If you want to work as either a transcriptionist or a captioner, you must first understand what each job entails, as well as the differences and similarities between them. It's also crucial to know what skills, certifications, and additional training you may need to perform the work, and what a completed transcript or captioned file looks like. Additionally, you might be interested in knowing how a background in basic transcription or captioning can lead to more specialized work. Keep reading to learn more about the differences between the two jobs, how to get started, as well as details about necessary equipment, the potential for job growth, and more.

Transcriptionists vs. Captioners - What Do They Do?

Transcribing and captioning both involve taking media files and converting them into text. A transcriptionist works with recorded audio files, listening to them, and creating, if not a verbatim record, then a clean one.

A captioner transcribes television shows, movies, documentaries, commercials, and other audio and video files for viewers who are deaf and hard of hearing. There are two kinds of captioners. The first is called a stenocaptioner. They use a stenography machine to transcribe live events like sporting events, news broadcasts, and live television shows - the same way court reporters document law proceedings. This type of captioning is called real-time captioning, and it requires focus, speed, and accuracy.

The second is called offline captioning, and it refers to transcribing pre-recorded video and audio. Most forms of audio and video, such as TV shows, movies, and radio programs, are captioned this way, as long as they are not televised live.

Captioners also have to take an extra step with their work. They have to divide their captions into smaller bits of text which will then be time-stamped and synchronized frame by frame with the audio or video. Captions are placed at the bottom of the screen so that viewers can read along with the dialogue or commentary while watching or listening to a show.

Similarities Between Transcriptionists and Captioners

Transcriptionists and captioners both work with audio and video. They have to have a good ear and be able to filter out background noise and chatter. In fact, captioning is another form of transcribing. Both jobs require basic knowledge of computers or stenography machines, as well as excellent spelling and grammar. Transcriptionists and captioners must be detail-oriented, as they need to follow established rules and style guides to create their completed work products.

Additionally, both jobs involve a somewhat flexible work schedule. Transcriptionists and offline captioners typically work from home, and so they are able to set their own working hours. Some work when their kids are at school or in bed; others work around caring for spouses or relatives, or take on captioning or transcribing as a second job. Real-time captioning requires a person to be available while the show or event is occurring, so there is slightly less flexibility there.

An area of controversy among transcriptionists and captioners is the use of automated transcription tools. These software solutions generate a mock-up of the transcript that is then enhanced by humans, instead of the transcriptionist or captioner typing everything from scratch. Some fear that a rise in the use of these automated technologies will lead to the loss of jobs. Nevertheless, it's crucial to note that automated transcripts are often riddled with spelling and grammar errors. It should come as no surprise then that reputable companies like GoTranscript depend entirely on professionals for their deliverables. Doing this ensures the highest quality of work for their clients.

In addition to that, voice-recognition software often mishears a portion of the material or misses it altogether. Correcting these problems is cumbersome, and even the most experienced transcriptionists and captioners may take a long time to do so, as opposed to if they had typed the material themselves. That is the reason why captioners and transcriptionists will always be in demand - because industries will never stop requiring accurately written records.

Differences Between Transcriptionists and Captioners

Although there is a clear overlap between transcriptionists and captioners, you'll find some notable differences between them.

Most transcriptionist positions require that candidates have at least an associate degree in transcription or a certificate from a transcription course. All transcriptionists should be well-versed in conducting research, preparing and using documentation, and the technology that they will be using. Anyone looking to transcribe in the legal or medical fields may need additional training to learn specialized terminology as well as ethical issues and industry-specific rules and regulations.

Captioners typically need an associate's degree, bachelor's degree, or certification in transcription, court reporting, or stenography to gain entry to the field. You can gain qualifications from the myriad of community colleges and schools that offer vocational and technical training programs.

The National Court Reporter's Association, or NCRA, offers continuing education and certification for court reporters and stenocaptioners. For people who want to work strictly as captioners, the Certified Realtime Captioner (CRC) is a valuable certification to hold.

Some duties and responsibilities of captioners and transcriptionists are universal: listening carefully to audio and video files, conducting research, and using certain kinds of software. Others, such as following specific rules or style guides, will depend on the industry and where a person works. Specific duties for transcriptionists include:

The expectation for captioners is that they're detail-oriented. In addition, depending on where they work and what type of captioning they do, their responsibilities can include:

There is some crossover between transcriptionists and captioners in terms of the industries they serve, notably the media, entertainment, and legal fields. There are more opportunities for transcriptionists across a broader range of professions, including:

While captioners don't work in the same variety of industries, the need for captioners in the ones they do serve is near-constant. Some unexpected locations you will find captioners are:

Benefits of Using Transcriptionists and Captioners

Transcription and captioning are remarkable tools for inclusion and normalizing the understanding and acceptance of differences. Transcripts and captions are excellent supplemental materials for audio and video content.

Having an ASL interpreter is wonderful, but not everyone can follow sign language, including people who are not proficient in English, are hard of hearing, or have an auditory processing disorder. Having written transcripts or captions of content increases listener or viewer comprehension, provides increased access to lectures and other events, and recognizes learning differences.

At first glance, transcriptionists and captioners are cousins - close in function but born from different parents. Upon closer examination, however, they are siblings who follow different paths. Both provide a needed service to businesses and use similar skills. Nonetheless, there are significant differences in the qualifications, duties, and industries served. Regardless, transcriptionists and captioners can rest assured that their jobs are fully secure, even in the age of advancing artificial intelligence.